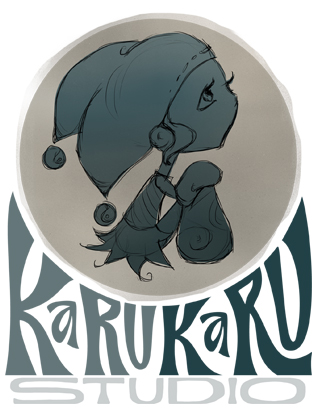 We are a couple of audio-visual storytellers currently working to concoct smiles, tears and other things in between, through animations, illustrations and sounds.

In Quechua, one of the Native South American language families, it means "very far away".

Ana is an emerging visual storyteller.

She's passionate about the links between culture, expression and personal identity. She loves being surrounded by nature, looking at old houses, noticing stuff when everyone else is busy and riding her bike.

She has created award-winning productions and showcased in Latin-America, Europe and Australia and has studied Visual Arts, Illustration and Animation as well as courses in Children's Literature, Cinema and Sequential Narrative. Ana has been a mentor and lecturer at UniSA.

Carlos is a sound designer and emerging filmmaker.

Carlos has worked in several award-winning productions including fiction, documentary and predominantly, animation. He has studied Sound Engineering, Philosophy, Film Production and Animation, and has worked as a tertiary education lecturer in film sound design, music and video editing in Colombia and Australia.

Miniambra is the name of a girl who hatches from an abandoned egg into a strange and hostile, yet beautiful world, triggering a quest for identity and belonging.

If you have any questions or comments we are happy to hear from you! Please send us an email or drop us a line using the contact form :)